Roberta Springer is a Brazilian/German musician who has been committed to learning and teaching music for many years. The piano has long been intertwined with her life story, being present in every step of her personal growth. Her musical experience is broad, including classical concerts, theatre productions, musicals, early childhood music pedagogy, choir direction and composition. Today, Roberta is expanding into new artistic directions, composing music for her own videos, broadcasting radio shows and collaborating with other artists.

Born in Rio de Janeiro, Roberta Springer had an early start into the rich world of classical music, becoming familiar with the works of Bach, Haydn, Beethoven, Schumann, Bartók, and Villa-Lobos giving her first concerts at the age of 11. At the age of 16, she left her family’s house to attend the acclaimed Conservatory Tatui, where she studied harmony, counterpoint, and ear training with Prof. J.H. Koellreutter, one of the most influential music teacher in Brazil, who had been amongst others, a pupil of P. Hindemith.

Roberta was then accepted into two music universities in São Paulo, studying piano and composition simultaneously for one year. During this time, parallel to the piano studies she was most interest in the studies of electroacoustic music, with Prof. Conrado Silva. Upon her graduation with a BA in Piano from the São Paulo University under Prof. G. Tinetti, she started a career as a pianist in musical theater. The dynamic of theatrical productions, in contrast to the solitary nature of classical piano concerts, was fascinating to her, and soon she was directing and performing the first Brazilian production of The Fiddler on the Roof, with a cast of over 200 people.

In 1992, Roberta went to New York City, where she would live for about ten years. New York is where Roberta built her family of two children and had the chance to work directly with one of her biggest influences, the American composer Phillip Glass. Her influences are deeply rooted in European and Brazilian classical music, as well as in Brazilian pop and instrumental music. His work and philosophy have left a deep impression on her, one that could be seen years later, when she started writing her own compositions.

The events of September 11th, 2001 were decisive for the young family, who made a radical move from New York City to a farm in the remote Bavarian Forest.

In search of an efficient early instrumental education Roberta undertook monthly trips to Milan, Italy, over a period of two years, in order to become a Suzuki piano teacher. Today she is one of the few Suzuki piano teachers based in Germany. In 2011, the family moved to Freiburg, a city in the heart of the Black Forest. In the renowned Hochschule für Musik Freiburg, she studied for her Masters in Ear Training and afterward opened her own studio, where she teaches piano to adults and young children using the Suzuki Method.

Currently, Roberta divides her time between her pupils, choirs, and radio shows, as well as collaborations with artists, providing music for their videos and performances. 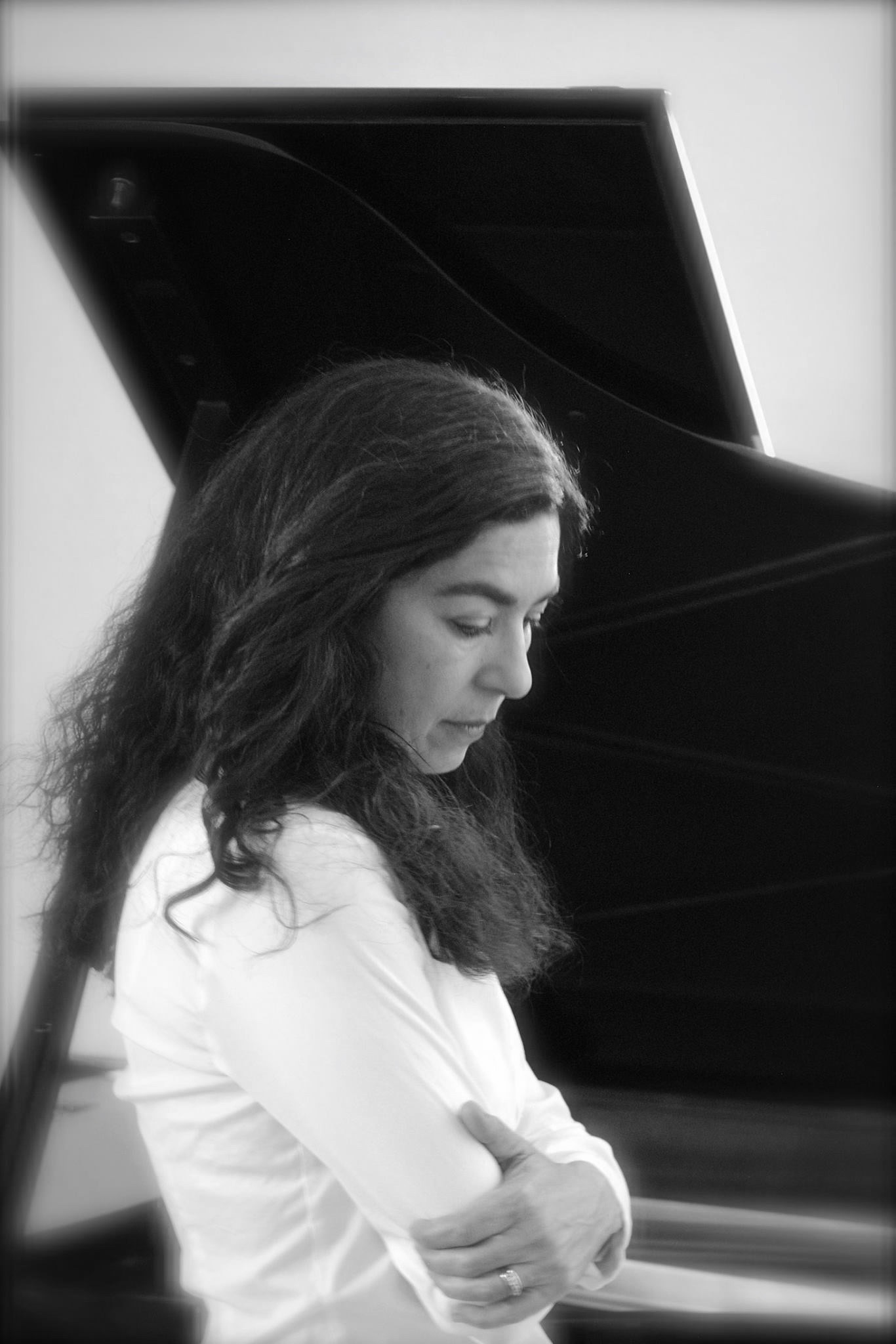